My cute boy! Just in case you were wondering what our view was from where we were sitting in the photo above… This is Morgan Creek Grill. Such a great place to go on a 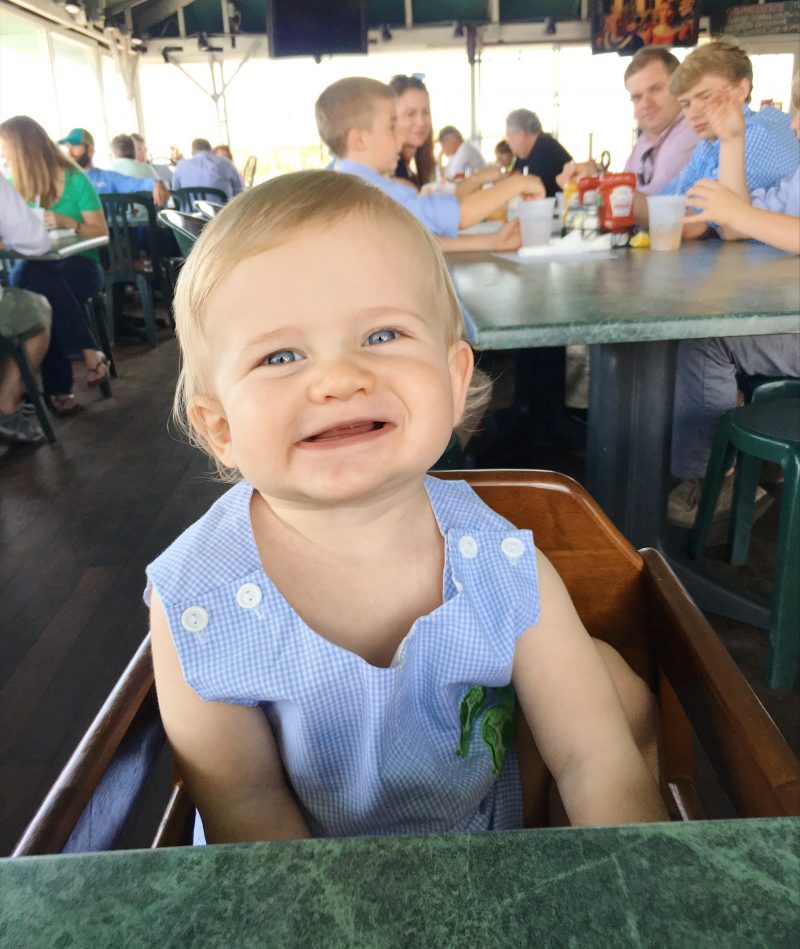 Just in case you were wondering what our view was from where we were sitting in the photo above… This is Morgan Creek Grill. Such a great place to go on a beautiful day like this was! 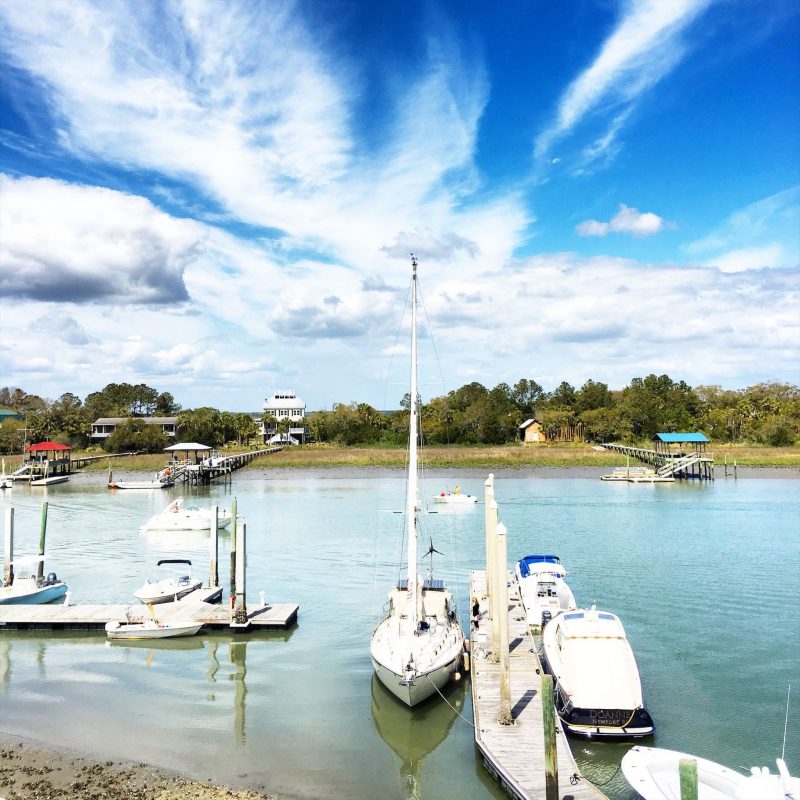 Speaking of good weather. Windows open, radio on all the time. Or, ya know, Pandora. Speaking of, what are some good Pandora stations?? I love mixes that make you feel good and are upbeat! 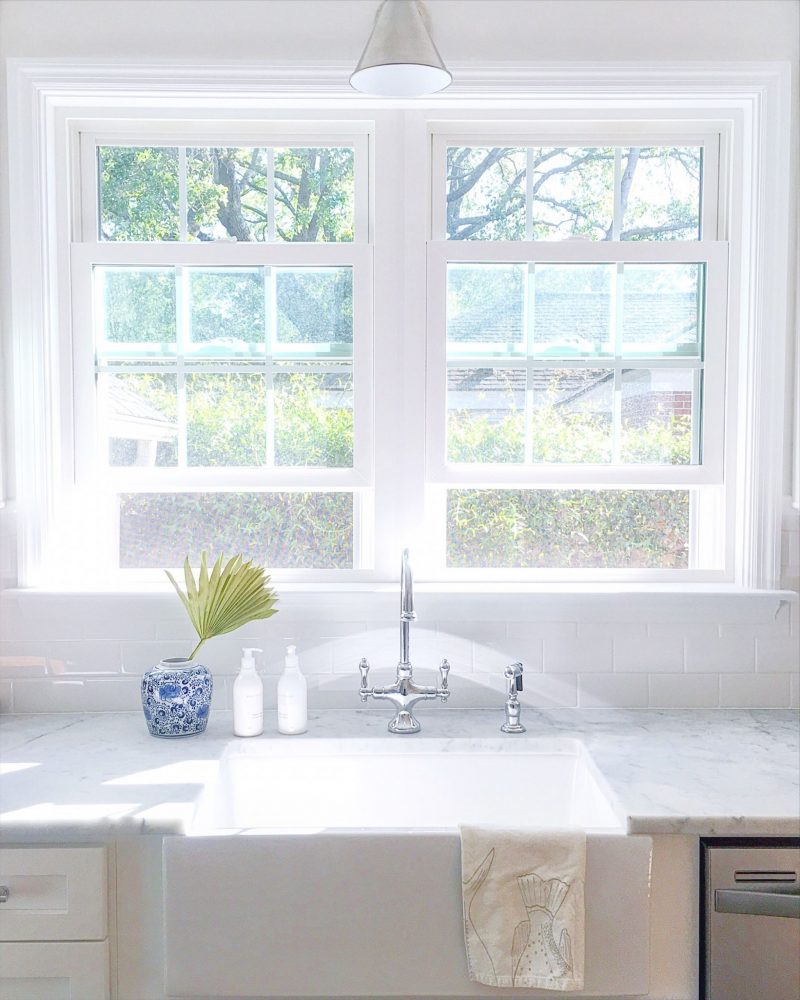 This may be the most random thing to blog about, but I did something for the very first time… I got my legs waxed! Ah, I was so nervous but it really was not that bad. Now that it has been a few weeks and I’ve only had to shave about once a week, I don’t think I can go without it. Especially during the spring and summer when my legs are being shown all the time.

I went to this new place in Mount Pleasant called Waxing the City. It’s right next to Blo Blow Dry Bar, so you know… you can get your waxing done and then get your hair all fixed. Everything in there is so new and shiny and beautiful. Highly recommend if you’re local to Charleston or coming for a visit and want to get pampered a little! 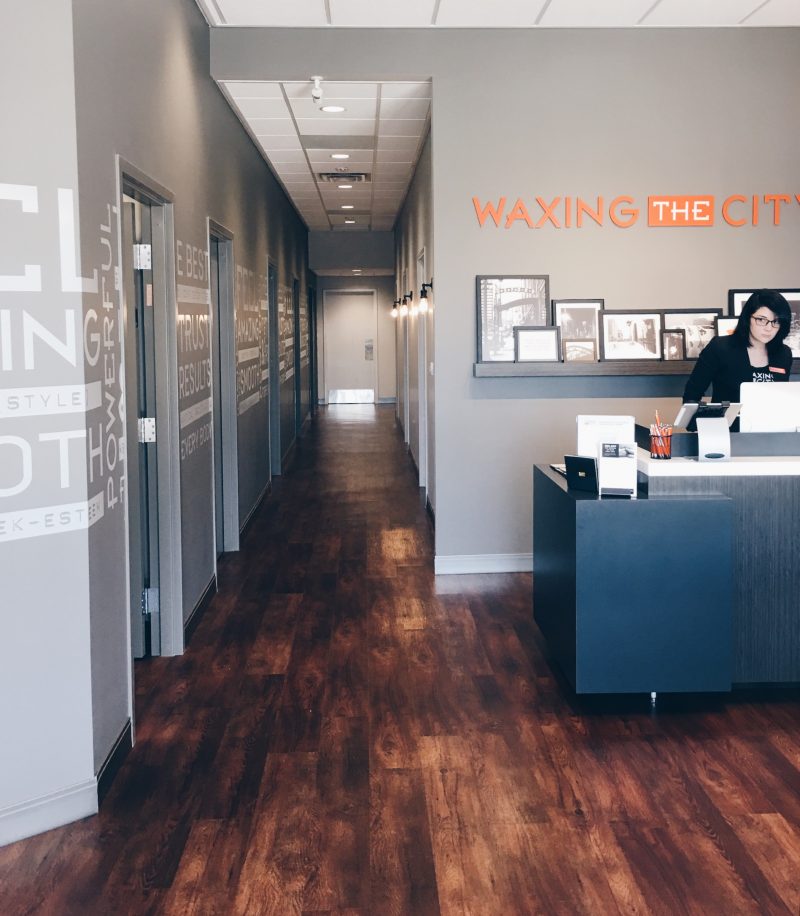 Watson turned one a couple weeks ago. I shared some of the feels on this instagram post. 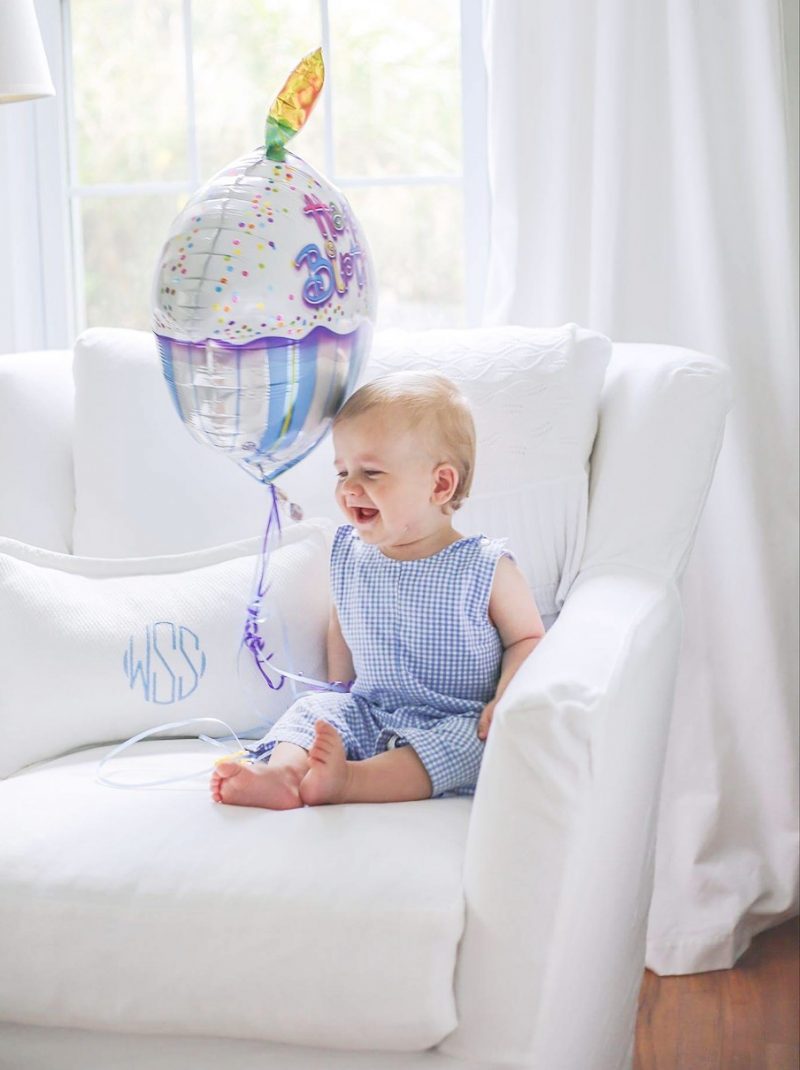 We were supposed to have his party two days after his birthday, but I made a last minute decision and postponed it. My mom had surgery about three and half weeks ago and we just knew she would be all recovered in time for the party! But, one surgery turned into three and five days in the hospital has turned into almost 30. So when I found out that she wouldn’t be able to be at the party, I wanted to postpone it right away. She begged me to keep it the original date, but there’s no way I could. So… his party is this Saturday! Can’t wait to share pictures! Watson couldn’t get his party on without his Memsie. 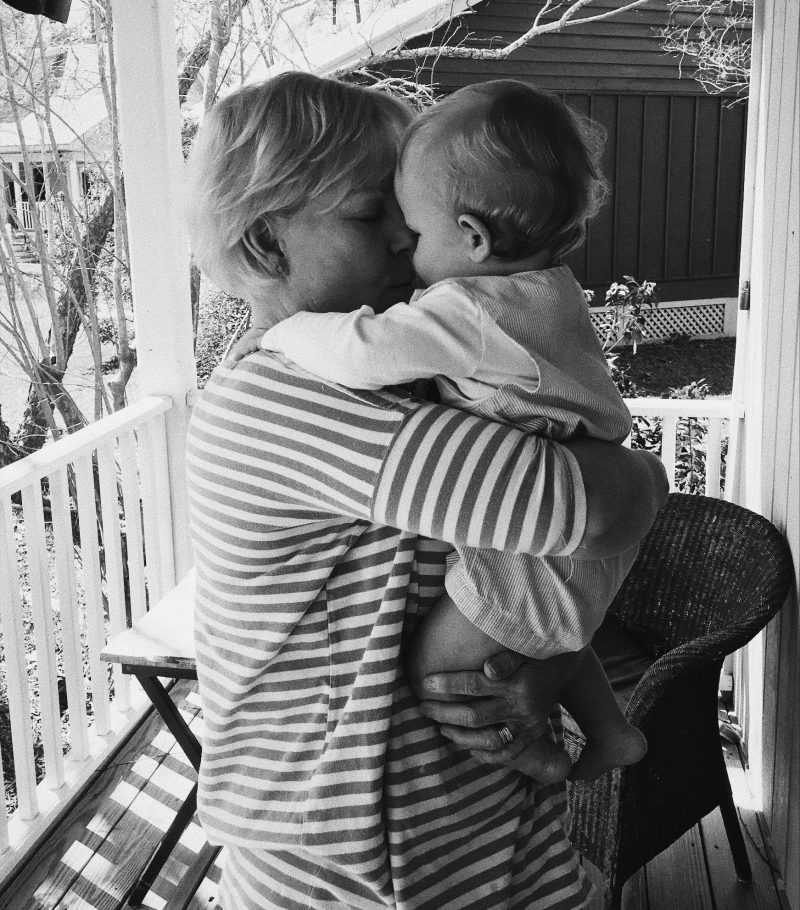 My Pure Barre class package ended at the end of March. Wah!! I did the “baby bounce back” package and it was so nice to have unlimited classes for three months. I only wish I could have gone more. I haven’t purchased any more classes since then because I’ve been so busy with some home renovations, worrying about Mom, and Watson’s party. But I can’t wait to get back into barre. I eat a horrible diet (working on it) and without changing my diet at all, I lost about four pounds from going to barre 2-3x per week for about two and a half months (I didn’t go at all my last two weeks of my package). I know that doesn’t sound like a lot, but I literally ate cake and cookies all the time! Those four pounds were the last I had to lose of my baby weight, so praise Jesus! I had hit this plateau after I stopped breastfeeding and I actually gained weight after I stopped nursing in November. I mean, almost immediately, about 3 pounds packed on and I couldn’t get it off. Anyway, now I’m back where I was when I got pregnant and I’m so happy! I also gained so much more muscle and strength, but the best thing I gained was ENERGY. I was so tired all the time before I started barre. I wasn’t working out at all and I’m telling you, I would count down the minutes until Watson’s nap so that I could nap on the couch as well. Once I started a semi-regular workout routine, I immediately gained all this energy and started feeling more like the old me. And that alone was so worth it! Oh, one other thing I loved was the sense of community. It sounds so corny, but I love love love the intimate classes and how I would recognize the same faces all the time. I also really like working out in socks. Not wearing shoes is my jam. 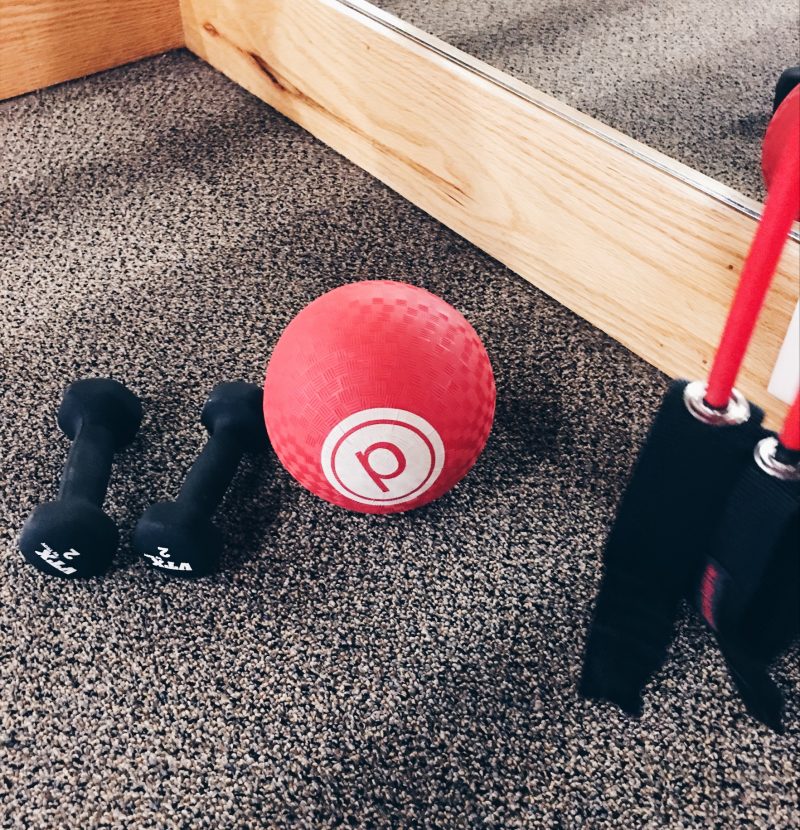 Brandon and I took Watson to do all of his favorite things on his first birthday. We went to the aquarium, then went to Sugar to get his first little bit of something sweet (he had a mini cupcake), and then we took him to Chick-fil-A to get his very own box of nuggets! I’m telling you, this child goes crazy when he sees us eat Chick-fil-A. I ate it about 4x per week when I was pregnant, so maybe that has something to do with it. I mean, look at that pure joy on his face. Nuggets!! 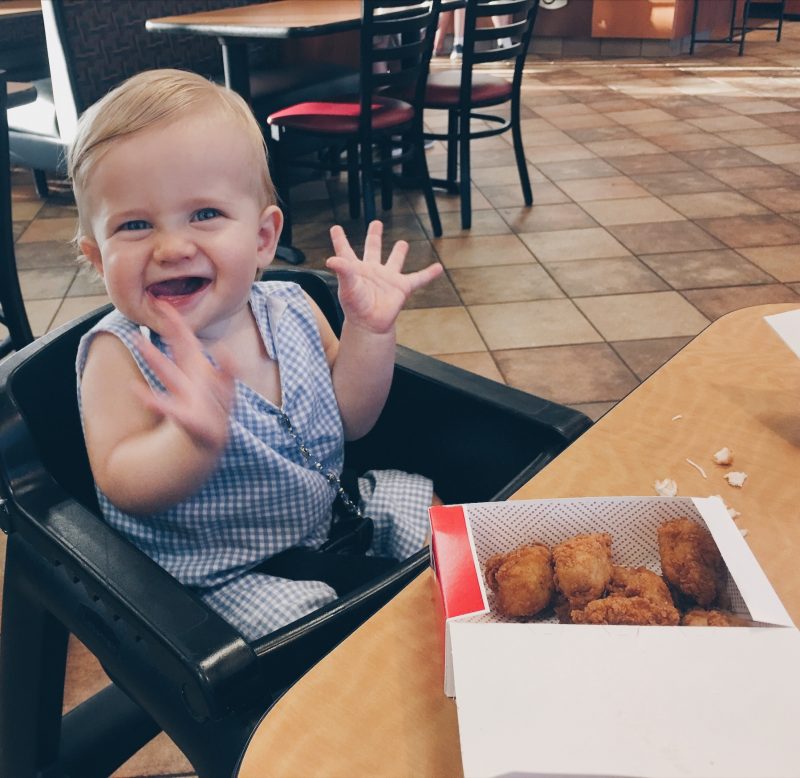 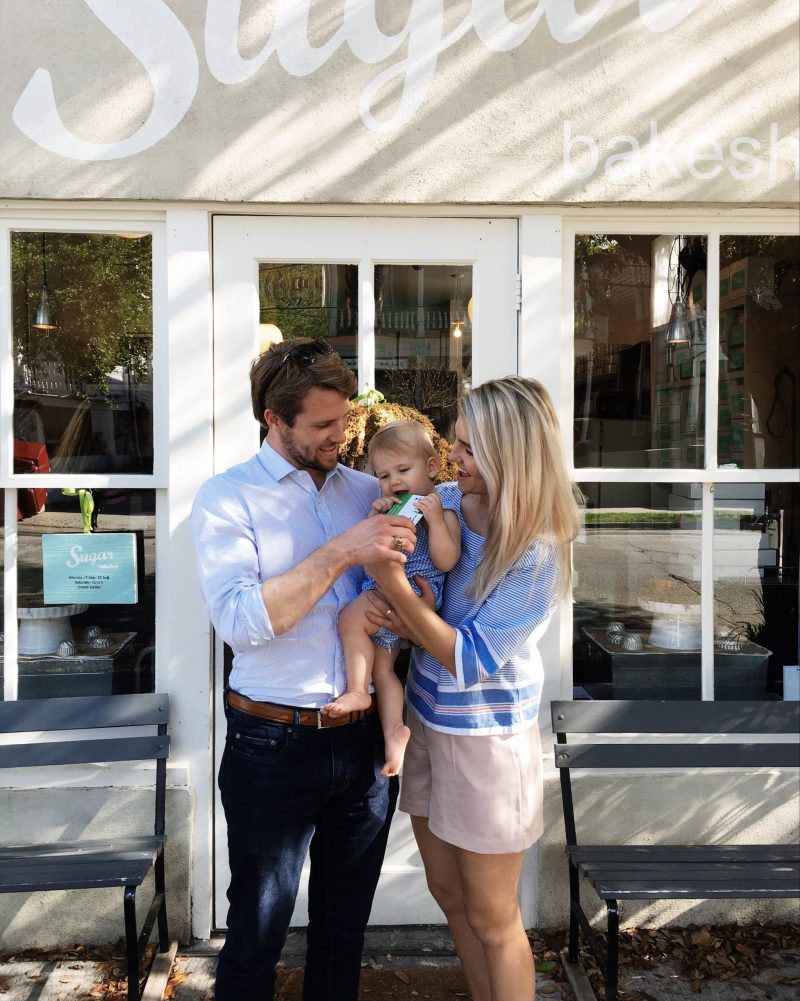 Brandon and I went on a date night the other week and went to The Macintosh for their new Bacon happy hour. Y’all, this has got to be the best deal in Charleston. This restaurant is so nice and the food is all amazing, but everything we had at happy hour was so incredibly delicious and all the plates are just about $5 each! So naturally, we got one of everything. People ask me all the time for Charleston restaurant recommendations and I would say that this happy hour is definitely one you do NOT want to miss while in town! I think my favorite thing was the chicken wings. The sauce was like something I’ve never ever tasted before. Of course my favorite thing would be the messiest as well! 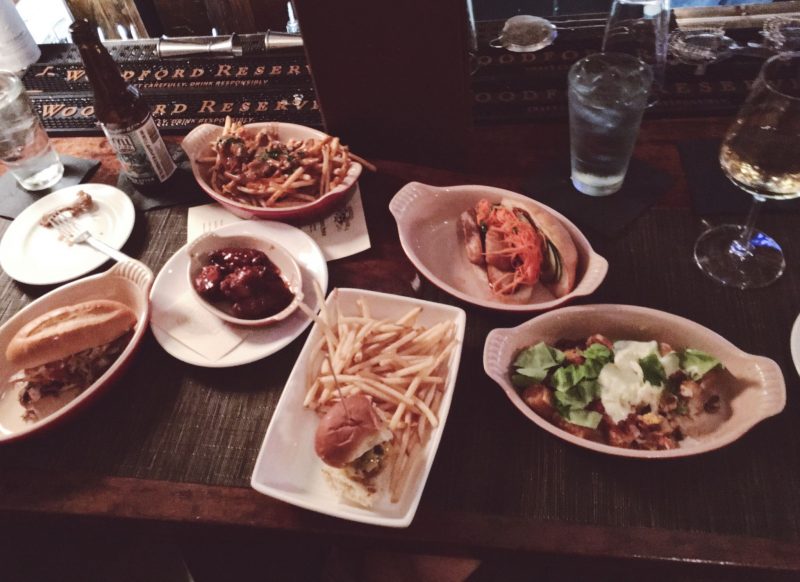 Then we went to Cannon Green for after dinner drinks. We had plans to go get an actual dinner after happy hour at The Macintosh, but we were not hungry at all after all that food! 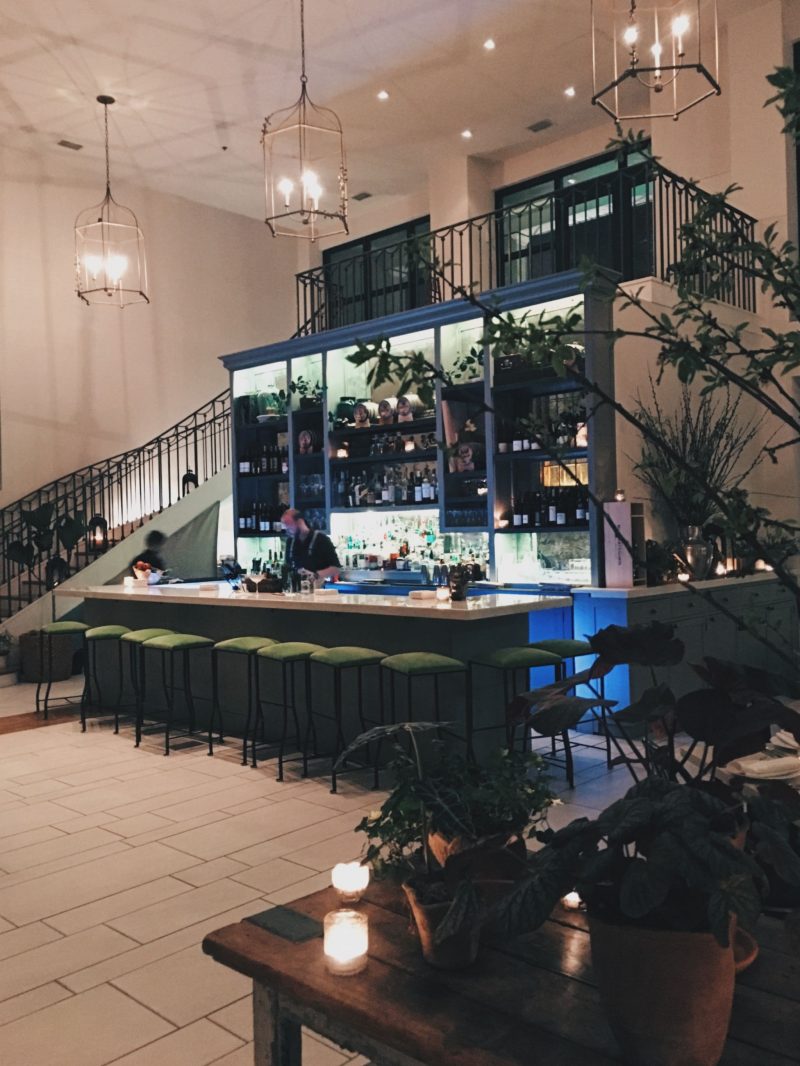 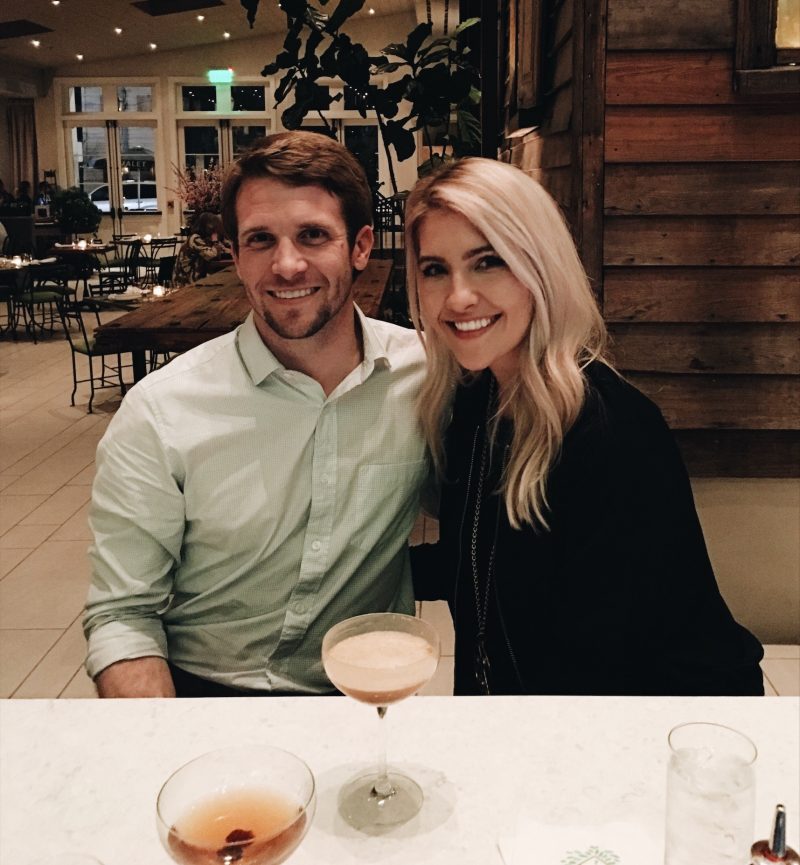 After all that food, a cleanse was in my near future. I did a three day cleanse with Blend Juice Bar and they were some of the best juices I’ve ever tasted. Not going to lie, this cleanse was way harder than the one I did with Suja a couple years ago and here’s why. I didn’t have a baby then! The first day made me feel so tired, crabby, and lazy, which I remember from the first day of my Suja cleanse as well. But this time, I wasn’t able to lay down and sleep my whole day away. The second day was so much more manageable and by the third day, I felt like I could keep going. Any weight you may drop on a short term cleanse typically doesn’t stay off, at least in my experience from doing it twice now. But here’s the really awesome things that a cleanse will do for you. It boosts your immune system, stimulates digestion, improves alkalinity (which is super important, I’ve come to find out), fights inflammation, improves circulation, and increases your stamina. And for me, it hits a big giant reset button on my eating habits. After a cleanse, I don’t want all the candies and potato chips. It feels so good to not feel sluggish from crappy foods. 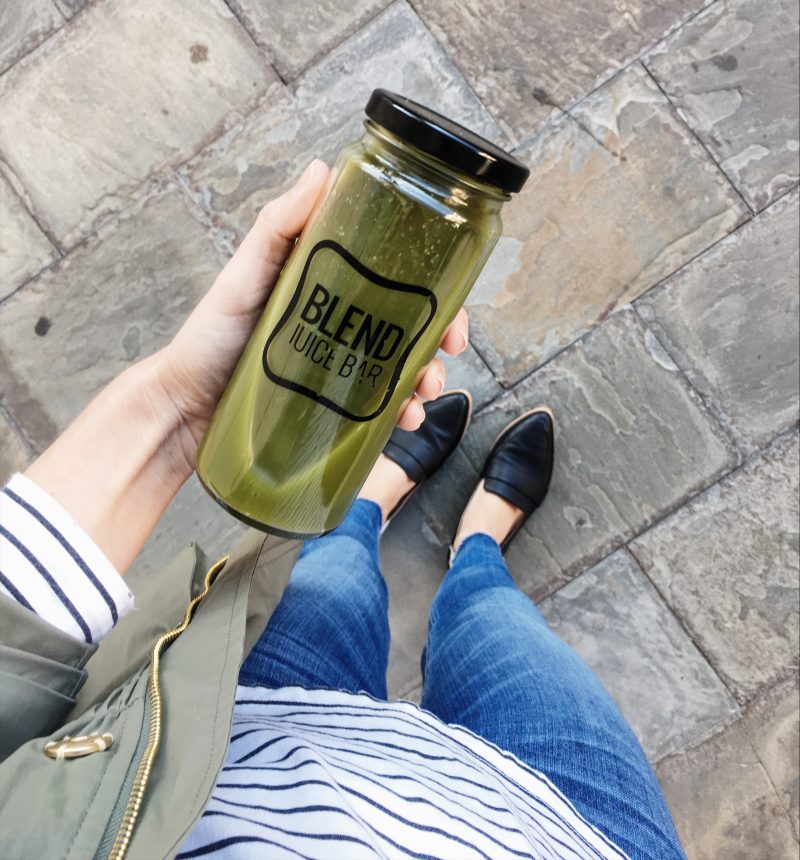 Can’t remember if I shared this one already or not, but I love this picture I snapped on my phone during the first night of Charleston Fashion Week. 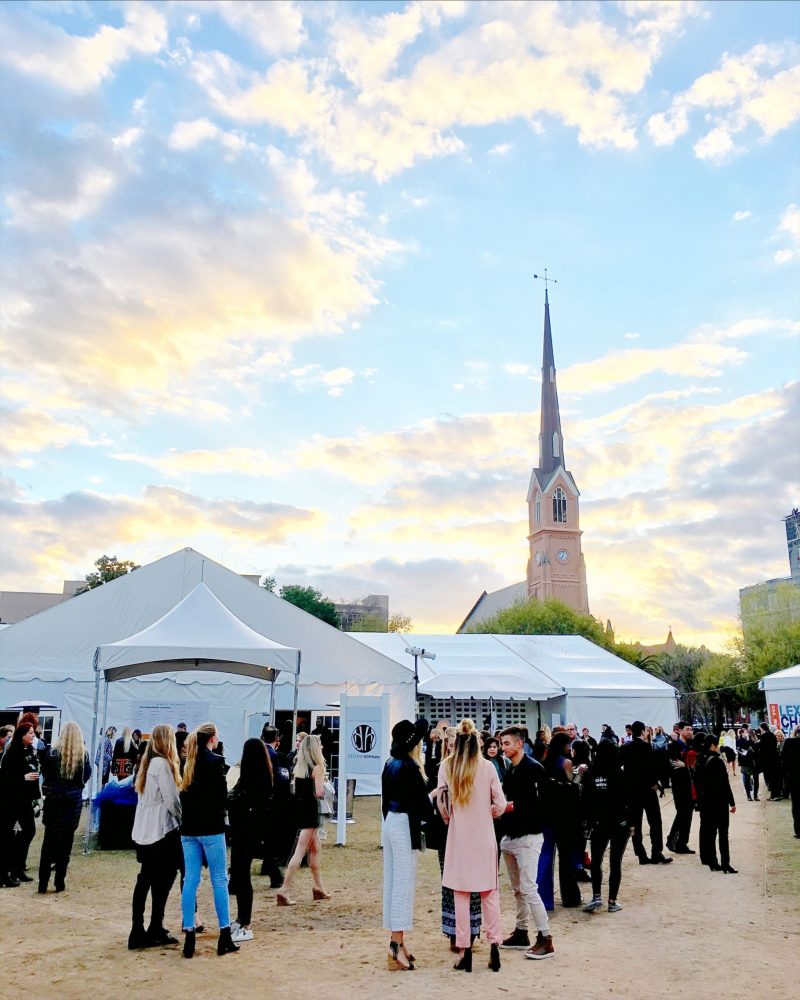 OMG, more food! I just basically dumped my camera roll on this blog post, didn’t I? This is the lobster roll at The Darling and it’s pretty much one of my favorite things in Charleston. 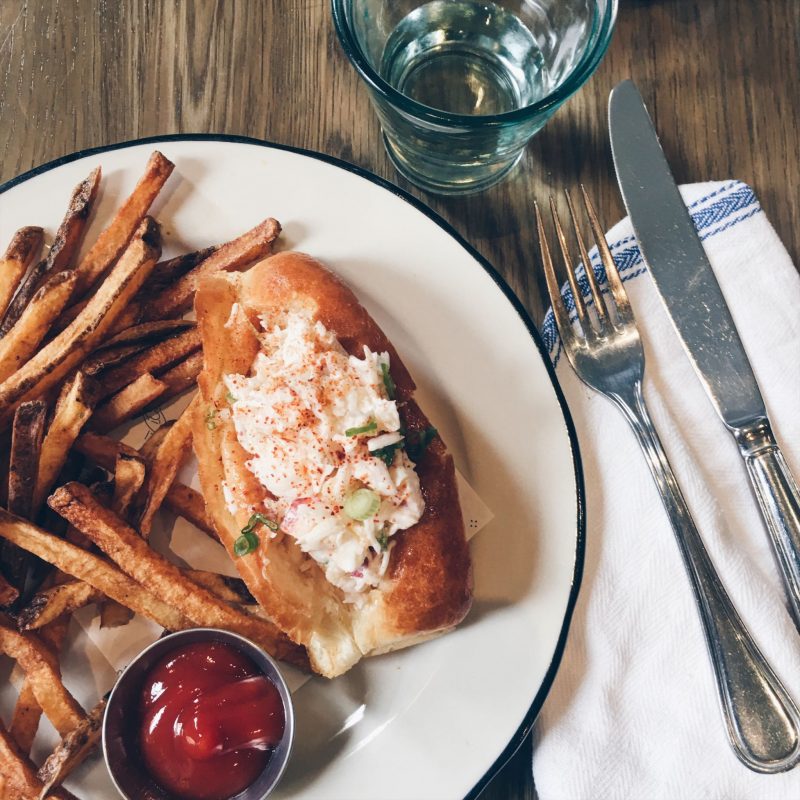