Whoa, where to even start? I might just tackle this in no particular order, because I’ve lost track of what happened first and what makes sense to mention first. First, we’re having another baby!! And

Whoa, where to even start? I might just tackle this in no particular order, because I’ve lost track of what happened first and what makes sense to mention first.

First, we’re having another baby!! And it’s a GIRL this time! It feels so good to finally be able to shout it from the rooftops. I am only 13 weeks pregnant, so I’ve had some people ask how I already know the gender. I had a genetic screening done at 10 weeks—mine happened to be called InformaSeq, but there are so many other brands and your doctor can recommend which one is right for you. Not only does it tell you the gender (99.9% accuracy, I’m told), but more importantly, it tells whether there are any chromosomal abnormalities in your baby. We are praising God for good results on this test. 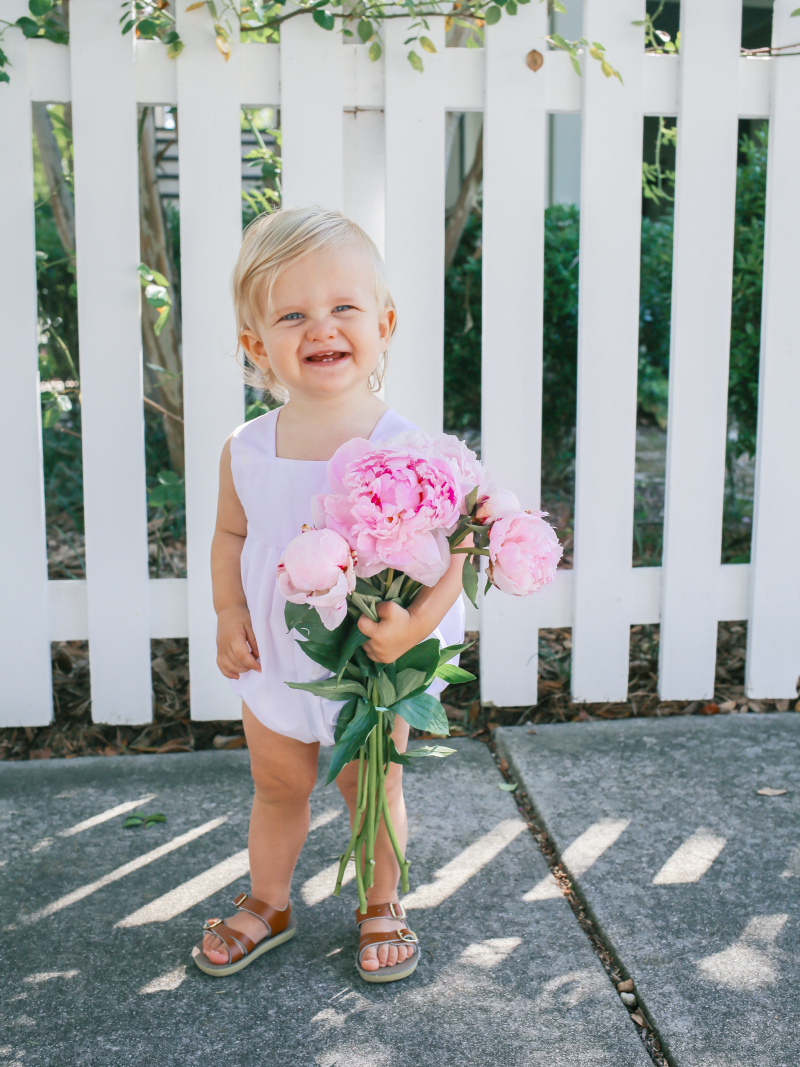 I’ve been feeling pretty ok. Did you follow all of my pregnancy updates with Watson? I have felt almost the exact same! Maybe a tinge more nauseous, but no actual sickness. Another difference is that I had bad headaches with Watson, which I haven’t really had this time until the past three days (in a row, no less). I was so, so tired with Watson and I think it’s all on the same level this time, but the difference is that I don’t have time or the luxury of midday naps that I did last time I was pregnant. Sometimes I’ll nap when Watson naps, but sometimes I have to use that time to get work done or to shower, etc. I’ll keep you guys updated as I progress. I can’t promise that I’ll share updates every 2 weeks like I did last time, but maybe once a month would be good? 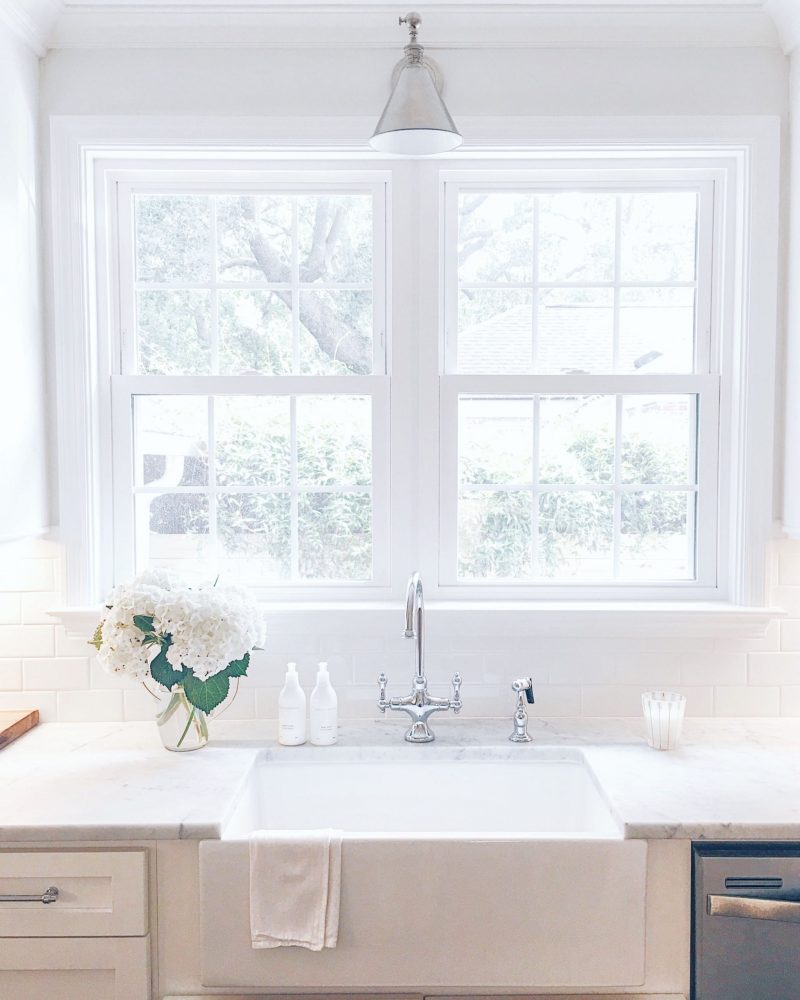 So now, our house. If you caught onto the timing, then you already probably know that we’ve got to sell because we’ve quickly outgrown it! Our house has three bedrooms, which is enough for two children, but we love having a guest room and aren’t willing to give that up. Plus, it would be nice to live somewhere much newer so that we don’t have to worry about little projects here and there when we have an infant and a two year old! I don’t want to speak too soon because I don’t want to jinx anything, but I can say that our house went under contract very quickly. We had multiple offers within the first 24 hours, so that was awesome. If all goes according to plan, we are moving to a much bigger, newer home, and although it’s not in the center of town like our current home, it’s still in Charleston not too far away! More updates on all this soon…

Last weekend we went to Kingsport, Tennessee to see two of our favorite friends tie the knot. First thing I’m going to do when I win the lottery is buy a mountain house in TN where I can spend my summers. It was so nice to have a break from the stifling Charleston heat. (I’m pretty sure the heat index here was 110 degrees today.) 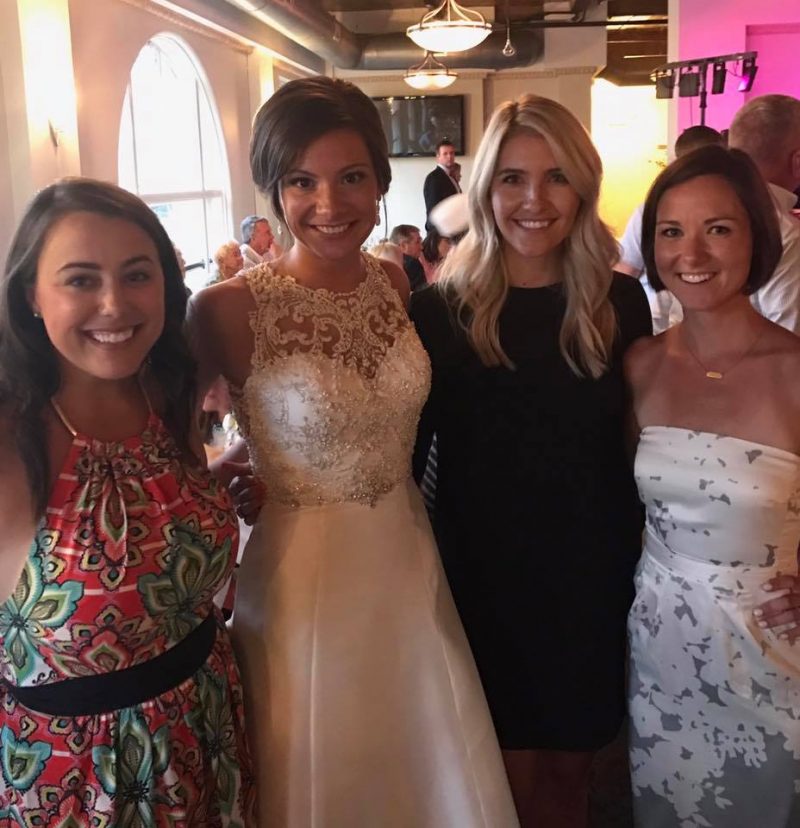 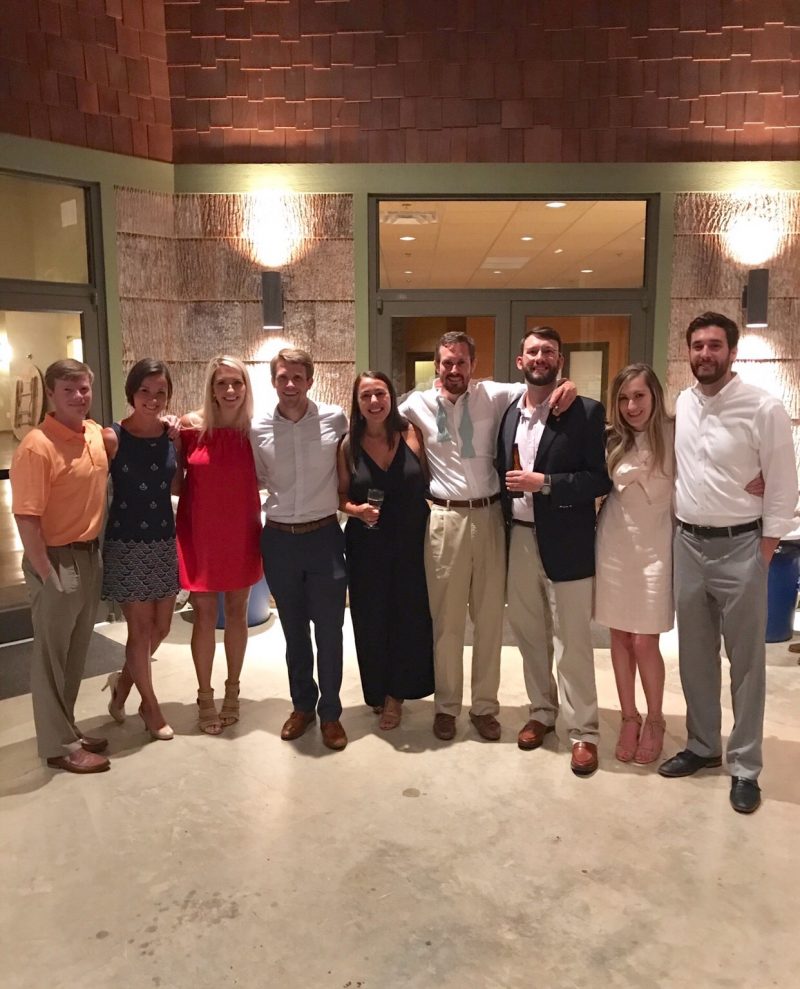 We have heard so much about Pal’s, a local fast food chain there, so of course we had to try it out with some friends. I think there were about 10 of us at breakfast there on Saturday morning! 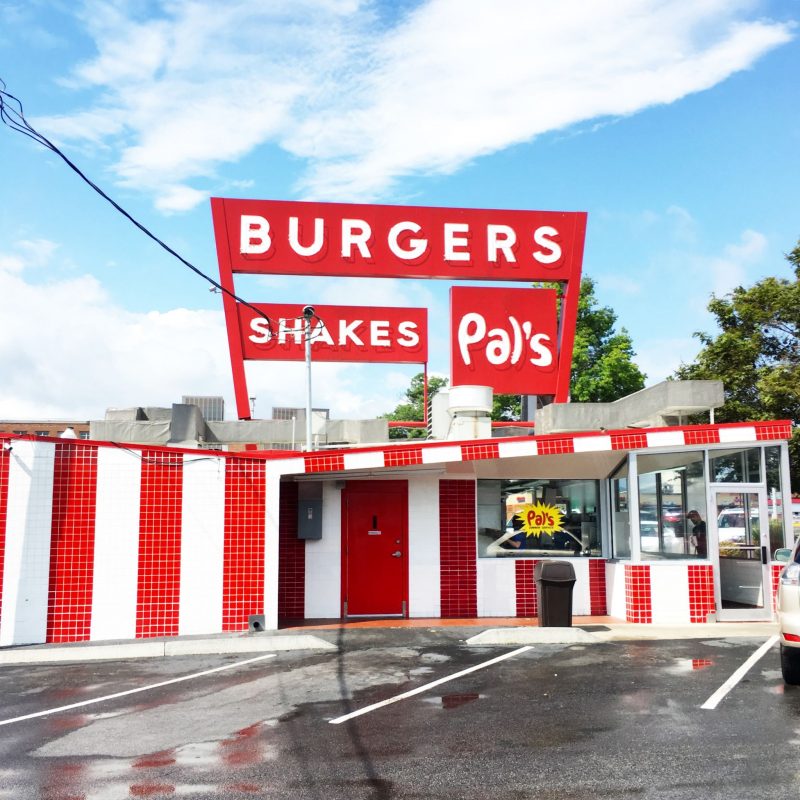 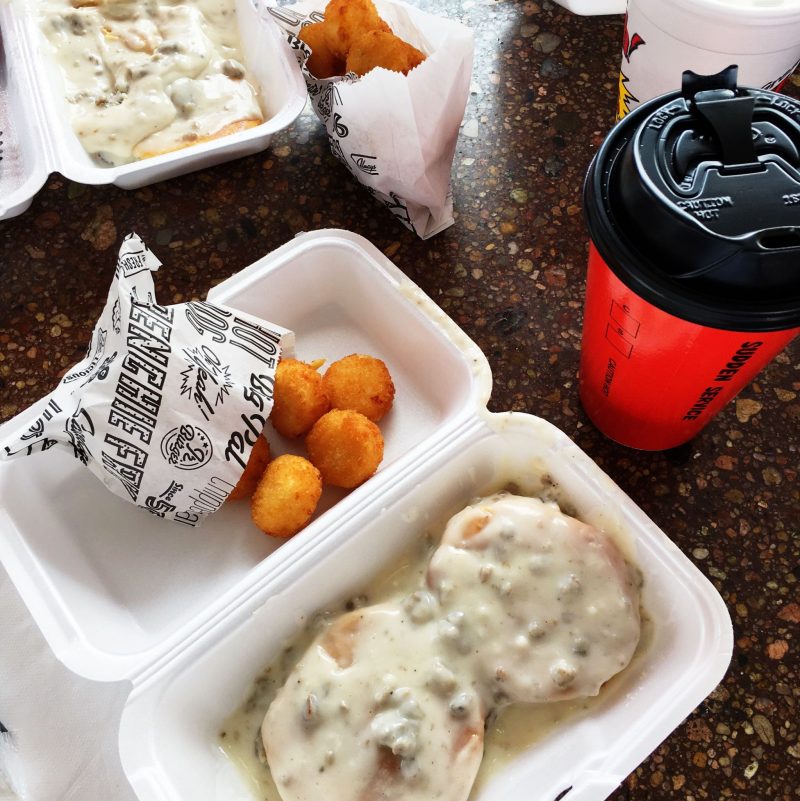 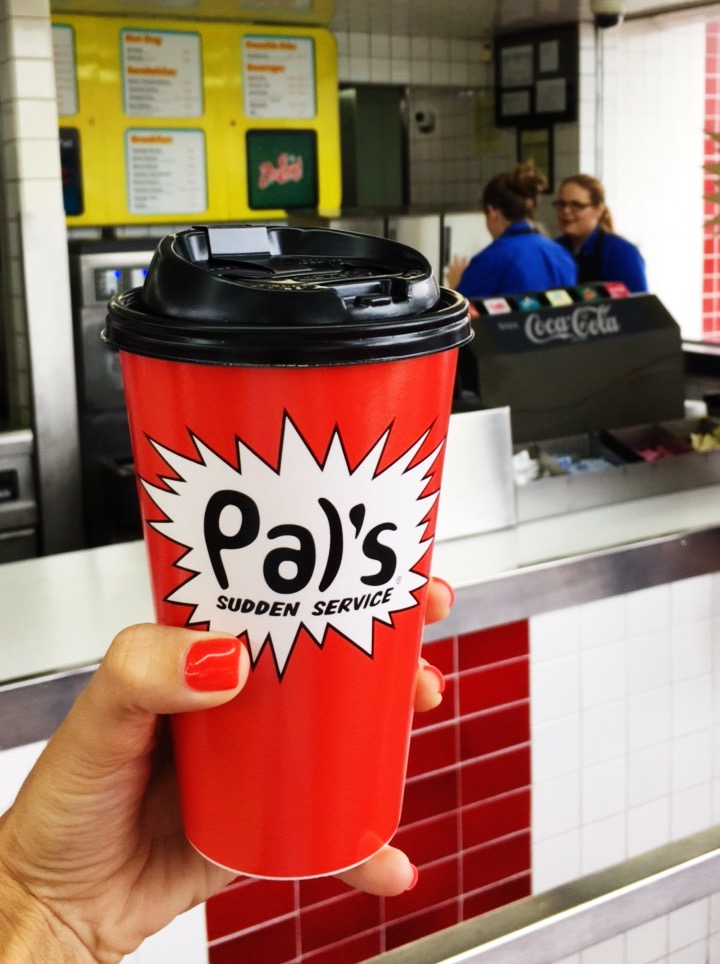 Here’s a random outfit before dinner one night a couple weeks ago. The shorts are old H&M (these are similar), the top is by Nasty Gal from last year (but this one is similar), and the sandals are by Topshop (although it seems the gold is sold out everywhere). 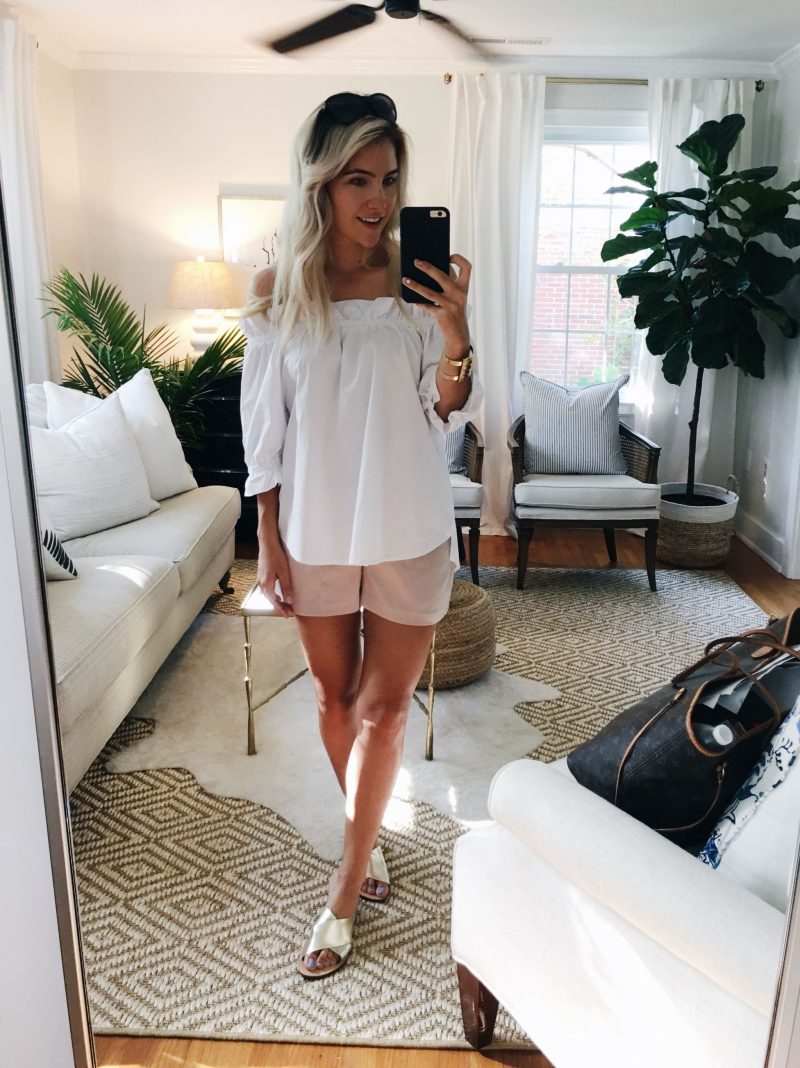 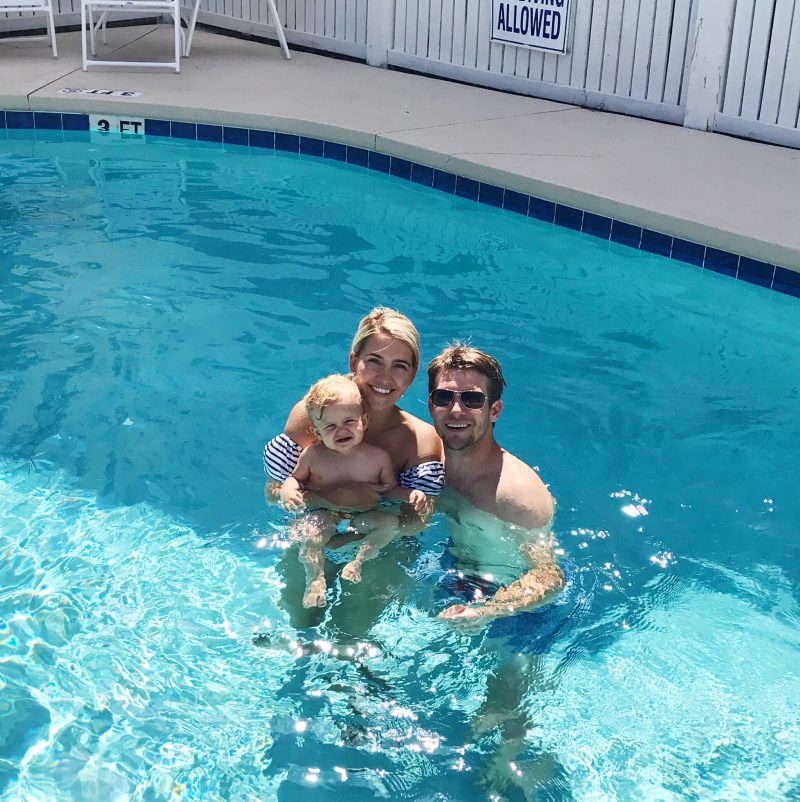 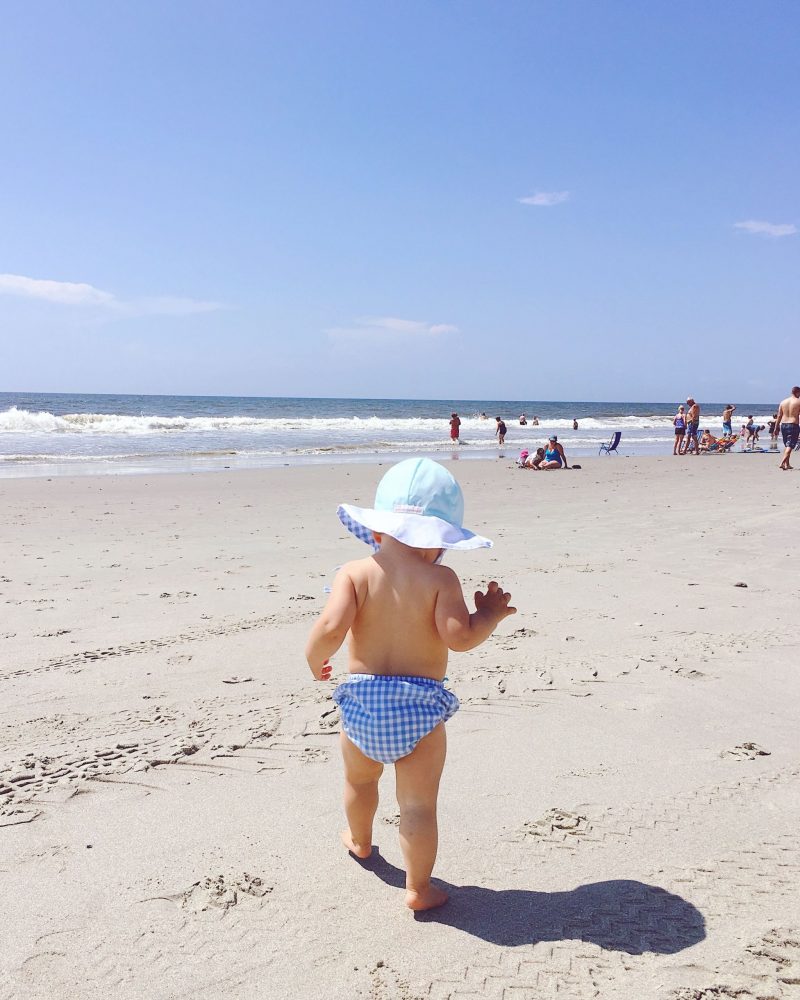 Went to a cocktail party with The Everygirl recently. It was such a beautiful night! Ah, if only I could have enjoyed all of those Kendall-Jackson wines everyone was tasting. Did you know that I was The Everygirl’s first Beauty Editor? It was so fun to catch up with Danielle and Alaina for a bit. 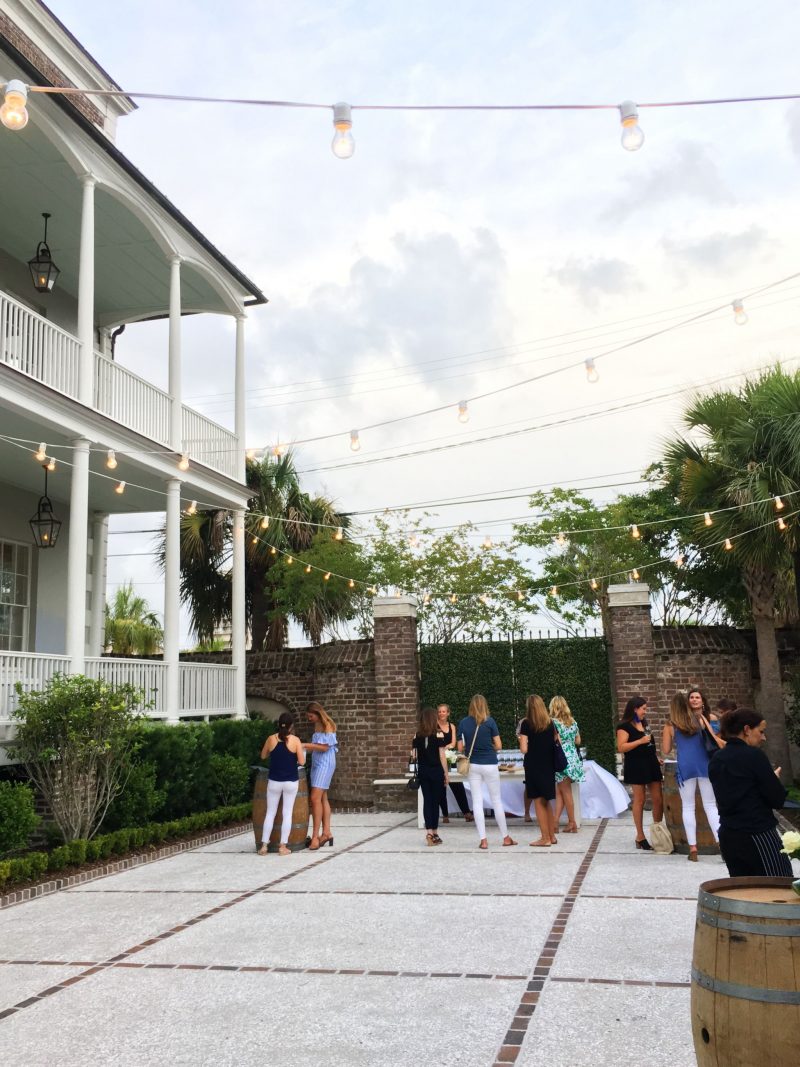 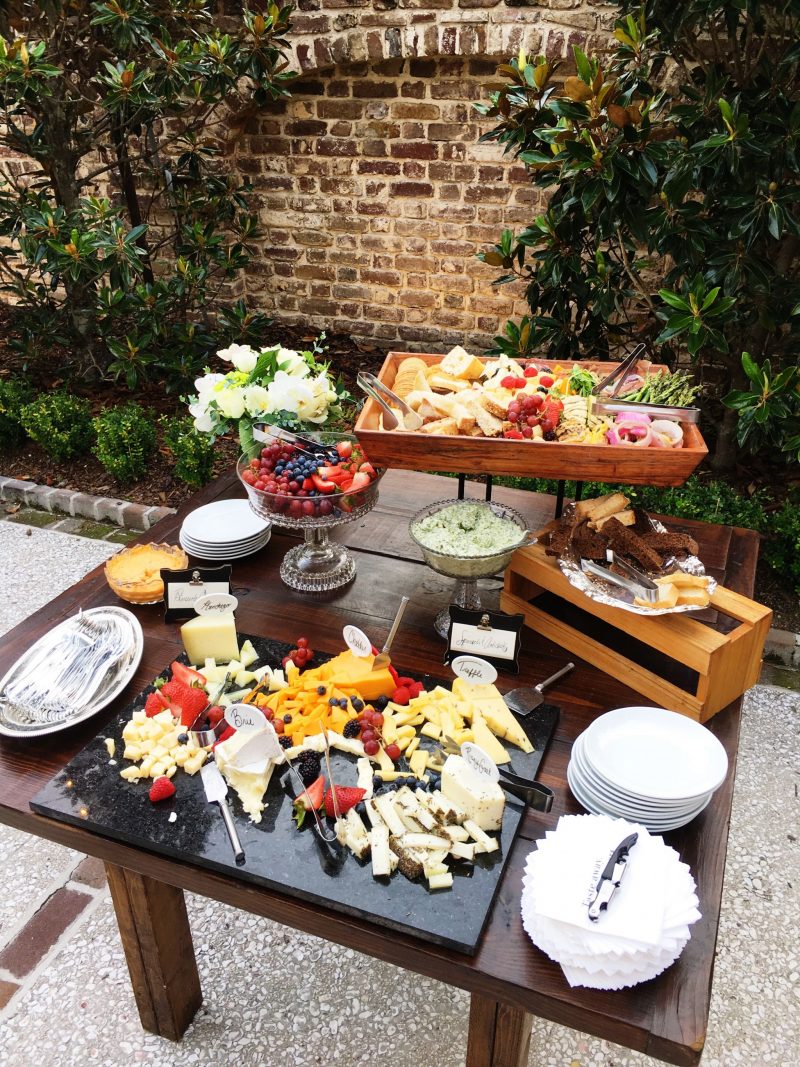 Lastly, here’s Watson feeling like he is on top of the world. I went to visit my parents one day last week and my dad and I took Watson out in the middle of a field with the golf cart. He knew he was really steering the wheel and was pretty much the happiest baby ever. Although he looks less like a baby and more like a little boy here! 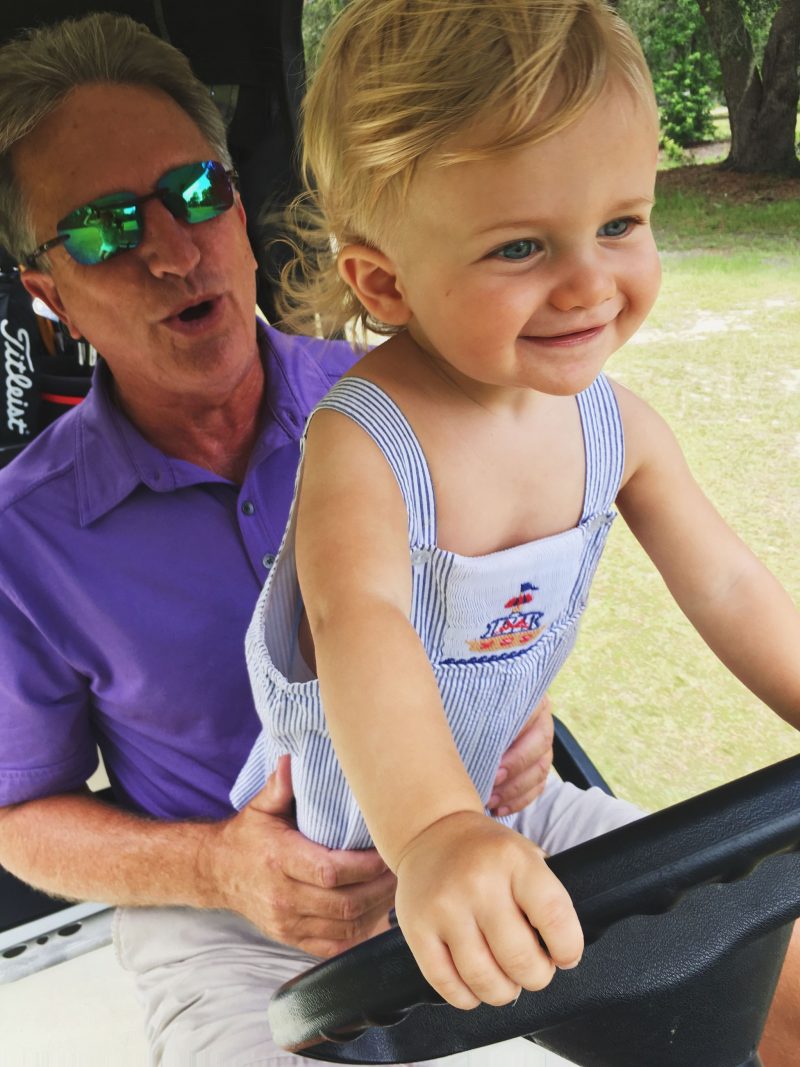 Stay tuned because I have some more house things to share,  including a full tour + before/afters! xo