baby
8 Things I’ve Learned Since Having My Second Child

Rosie is eight months old, so I thought it would be fun to share eight things I’ve learned since she was born!   1. I can’t believe I ever questioned my ability to love my

Rosie is eight months old, so I thought it would be fun to share eight things I’ve learned since she was born! 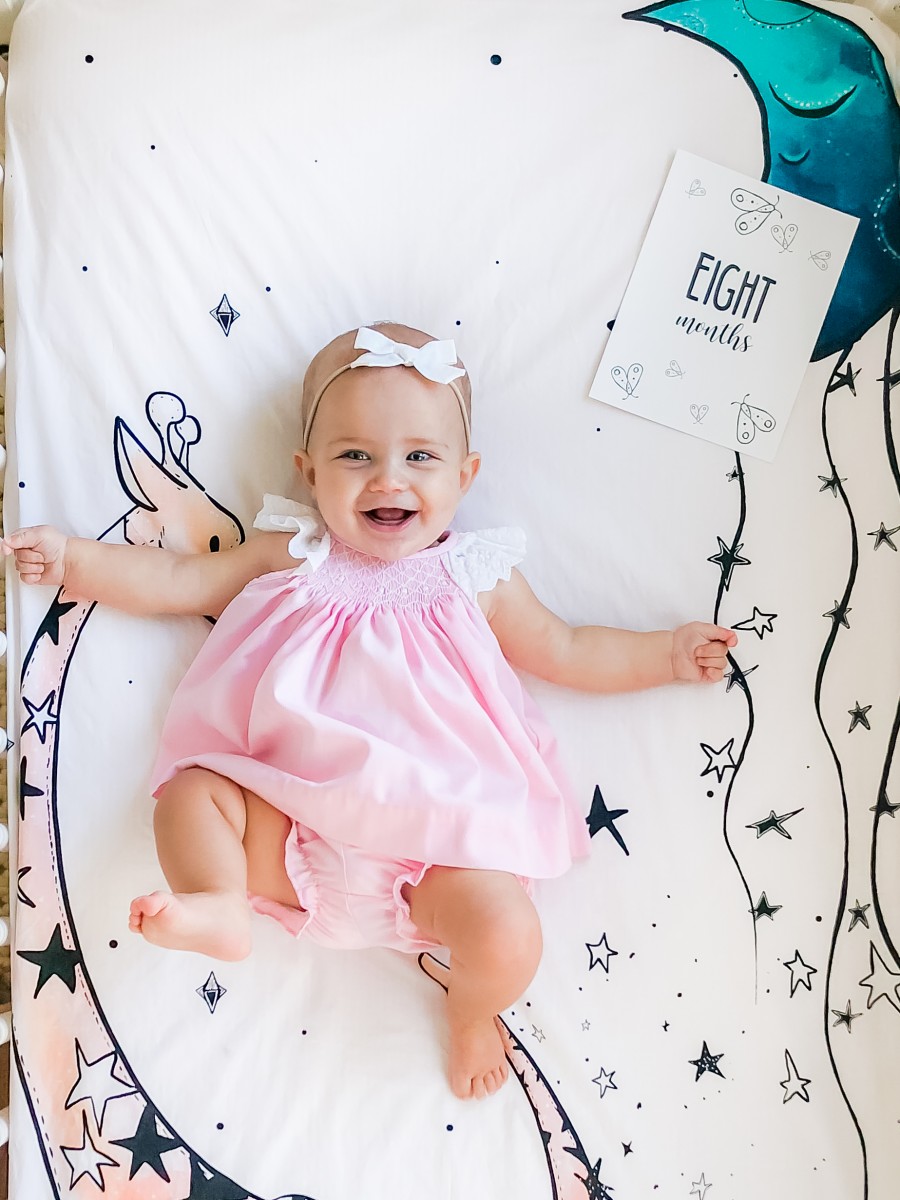 1. I can’t believe I ever questioned my ability to love my second child as much as my first. Life felt very normal and complete when Watson was an only child. I’d be lying if I didn’t question things a few times when I was pregnant with Rosie… I wondered how our life would be once we added another baby to the mix because our life already felt so full. We had our rhythm down to a science, you know? And I knew we were able to mix it up big time. But the moment she was born, my heart doubled in size and I immediately realized our life wasn’t complete without her. Not at all. And yes, you can love your second child just as much as the first. I can’t even believe I once thought it would be hard to do that.

2. You don’t have to have every single gadget to have a happy baby. I made it my goal to get every “new and now” piece of baby gear when Watson was a baby because I felt like we needed it to make our lives easier and to keep him happy. But babies get tired of those toys so quickly! I haven’t bought much of anything for Rosie because she has all of Watson’s hand-me-downs and honestly, she seems to be more interested in what Watson is doing than to play with her own play mat and toys. Her favorite toy is when I hand her a baby wipe!

3. I’m calmer and more confident. My mom tells me all the time how much more at ease I am with Rosie. There are two reasons for that. One: I feel like I sort of know what I’m doing by now. I’m a seasoned mother. Two: I found that there’s no reason to stress over little things that don’t go as planned. I figure you can go with the flow or go crazy.

4. I learned how to let go a little. With just one child, I put a lot of pressure on myself to get everything done—work, home chores, social commitments, and whatever other daily tasks I had. Because with one child, it was actually possible to do it all, even though it spread me thin. But with two under two, I quickly realized it just wasn’t going to happen. So instead of beating myself up over it, I started telling myself that it’s okay to not cross everything off my to-do list. I’ve learned to give myself some grace and not be a perfectionist. Instead, I focus in on what’s important and let the other stuff slip away—for the most part. 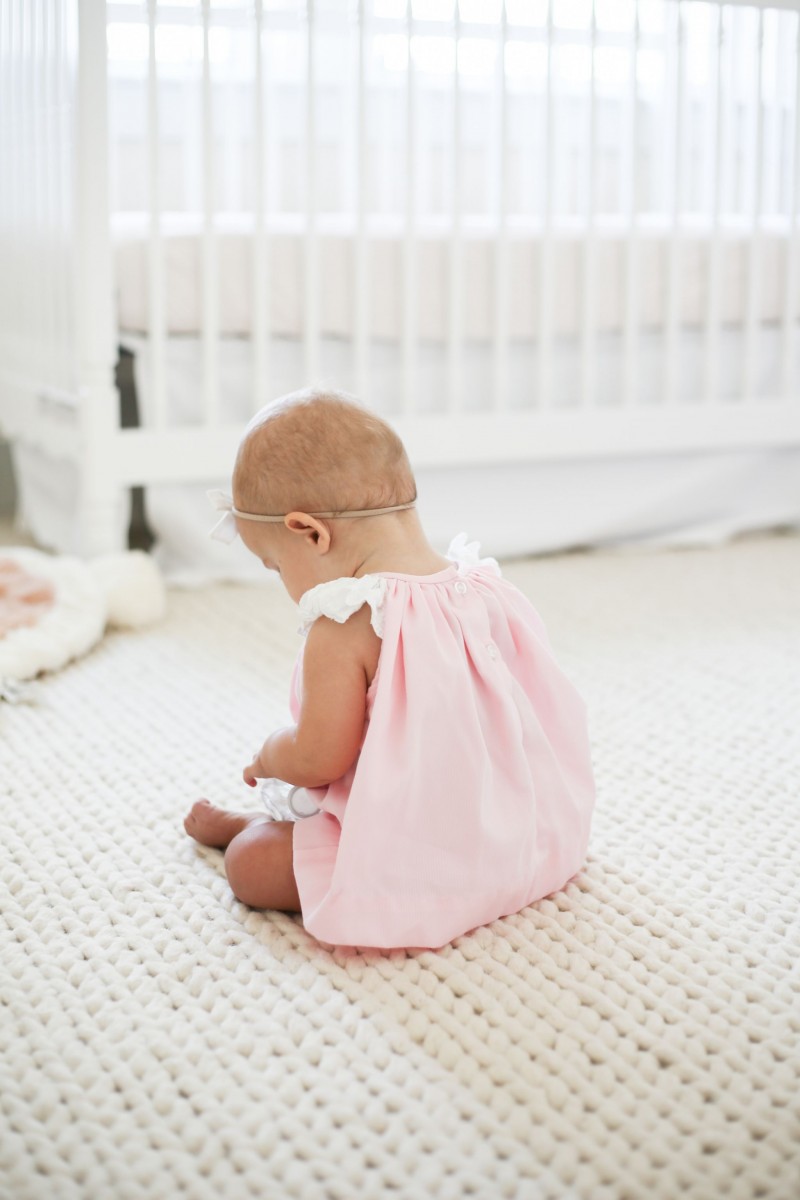 5. I started savoring the present. When Watson was a newborn, I just knew he’d be a baby forever. The days kind of crept along as I navigated being a first time parent. But then that first year passed and I realized how quickly the present becomes the past. This time around, instead of chasing all of those “firsts” like I did with Watson, I am holding onto the current moments as best as I can! I seriously don’t want Rosie to do anything! Please don’t crawl, walk, talk… just stay my newborn forever!

6. Life is harder. I heard everybody say that one child is like a vacation compared to two. I didn’t believe it. Being a parent to one child felt nothing like a vacation to me, haha! But the moment we had Rosie, I knew what everybody was talking about. It’s simply harder because when you’re taking care of both of them alone, you’re outnumbered by kids. Going to the store is harder and all the logistical things are tough, like getting them both down for a nap at the same time, feeding them both, etc. Caring for a newborn while learning to be a great parent to your older child does take practice, but you’ll get there!

7. “Me” time is almost nonexistent—for now. With only Watson, I could rest, shower, or work during his naps. Brandon could easily take him while I went out and got some things done for myself. But with two, it just doesn’t happen quite so easily. Their schedules are not perfectly synced, so there’s normally not any downtime during the day for me. Then on the weekends, Brandon and I divide and conquer a good bit, so Brandon will take Watson fishing or to play outside and I’ll take Rosie shopping or wherever with me. I love having her with me, so at least we’ve got that going for ourselves! I will say… I know this soon will pass. Once they are both a little older, it will be much easier for me to escape here and there to have some “me” time again.

8. I didn’t know I would enjoy motherhood so much more. When I had Watson, I felt like I was thrown into a pack of wolves. Maybe that’s not the sweetest way to put it, but that’s how I felt. I was the first of my nearby friends to have a baby and nobody else in our families had babies, so I honestly had no clue what I was getting into! I don’t think I had ever even changed a diaper before having him. So for me, having that first child was a whirlwind. But as life goes, you adjust and learn, then it becomes your new normal. Your new, amazing, wouldn’t-trade-it-for-the-world normal. Fast forward to when I got pregnant with Rosie… I was scared. I didn’t want to mess up the good thing we had going, but as it turns out, she has been the easiest baby! She just fit right into our family and although it is harder to have two, it has been such a joy to have her. Rosie has reframed my thoughts on having a newborn. It used to be scary to me. Now it’s HEAVEN. If only I could freeze both of the kids at this age!

9. I learned that I might possibly maaaybe kind of want baby #3. Brandon, I know you’re reading this, so please don’t fall out of your chair! ha ha! But seriously, never in my wildest thoughts would I have said I wanted three children. I love and admire big families, but I never thought I’d have it in me to have three of my own! And I’m not saying that we are going to make that choice, because it’s not even on my radar and Brandon says we’re done. But when my “last baby” starts outgrowing parts of the baby stage, it definitely has made me yearn for this to not be my last time at this. 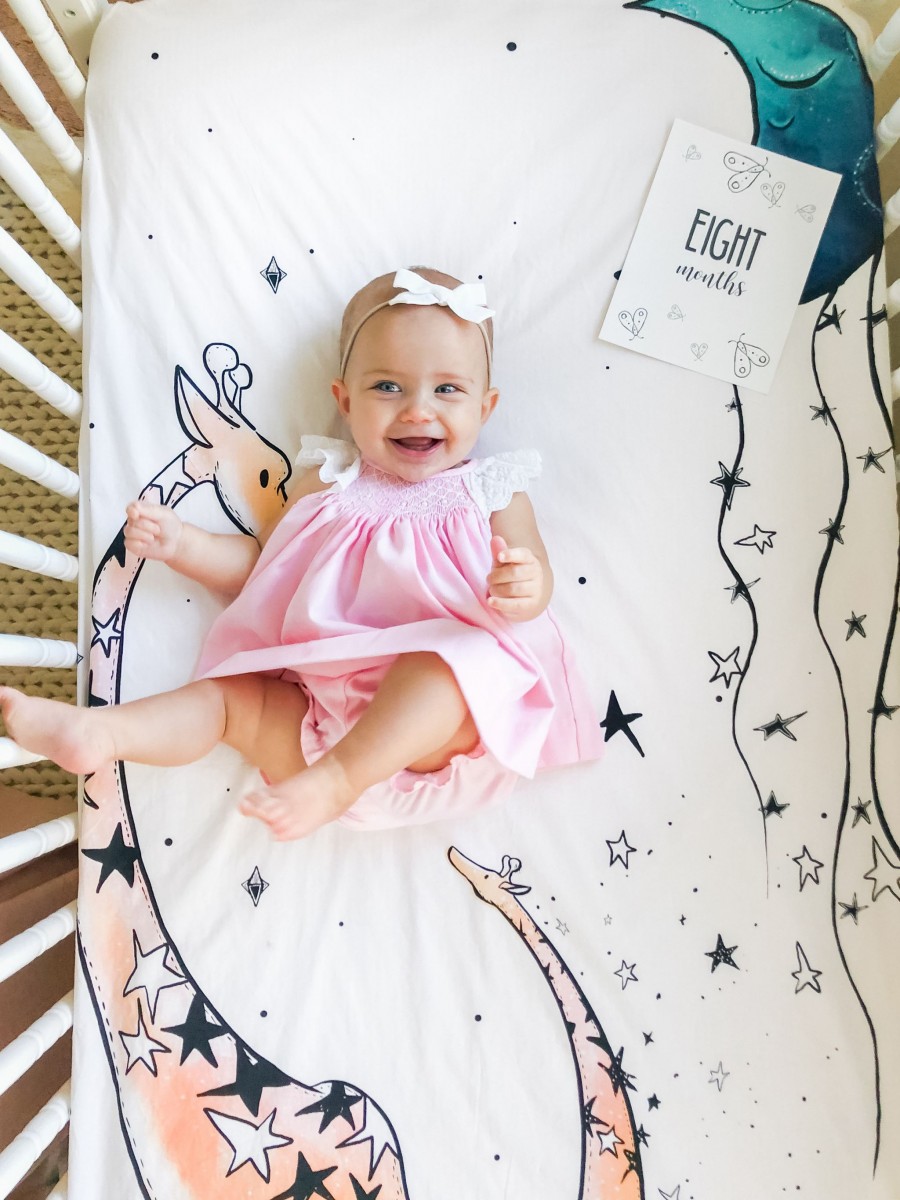 Well, there’s nine things instead of eight! Turns out I’m a terrible counter. Also, how cute is this “to the moon” Crib Sheet by JumpOffJo? That’s what Rosie is laying on in the picture above. It comes with 24 milestone cards so that you can document all the months of that first year, as well as memorable moments like sitting up, crawling, etc. The JumpOff Jo Crib Sheet is made of 100% natural cotton and it’s so cute and soft. It definitely makes capturing milestones easy when all you have to do is lay your baby on the crib and change out the card!

This is a sponsored conversation written by me on behalf of JumpOff Jo. The opinions and text are all mine.