Home
We Are Tearing Our House Down

Well, the title just gave it away. And it makes me a little sick to say it, but read the whole story below and then we will regroup at the end! And if you have

Well, the title just gave it away. And it makes me a little sick to say it, but read the whole story below and then we will regroup at the end! And if you have no idea what I’m talking about, check out this post where I shared some details about the home we bought back in June. It will definitely allow the information that’s forthcoming to make the most sense! 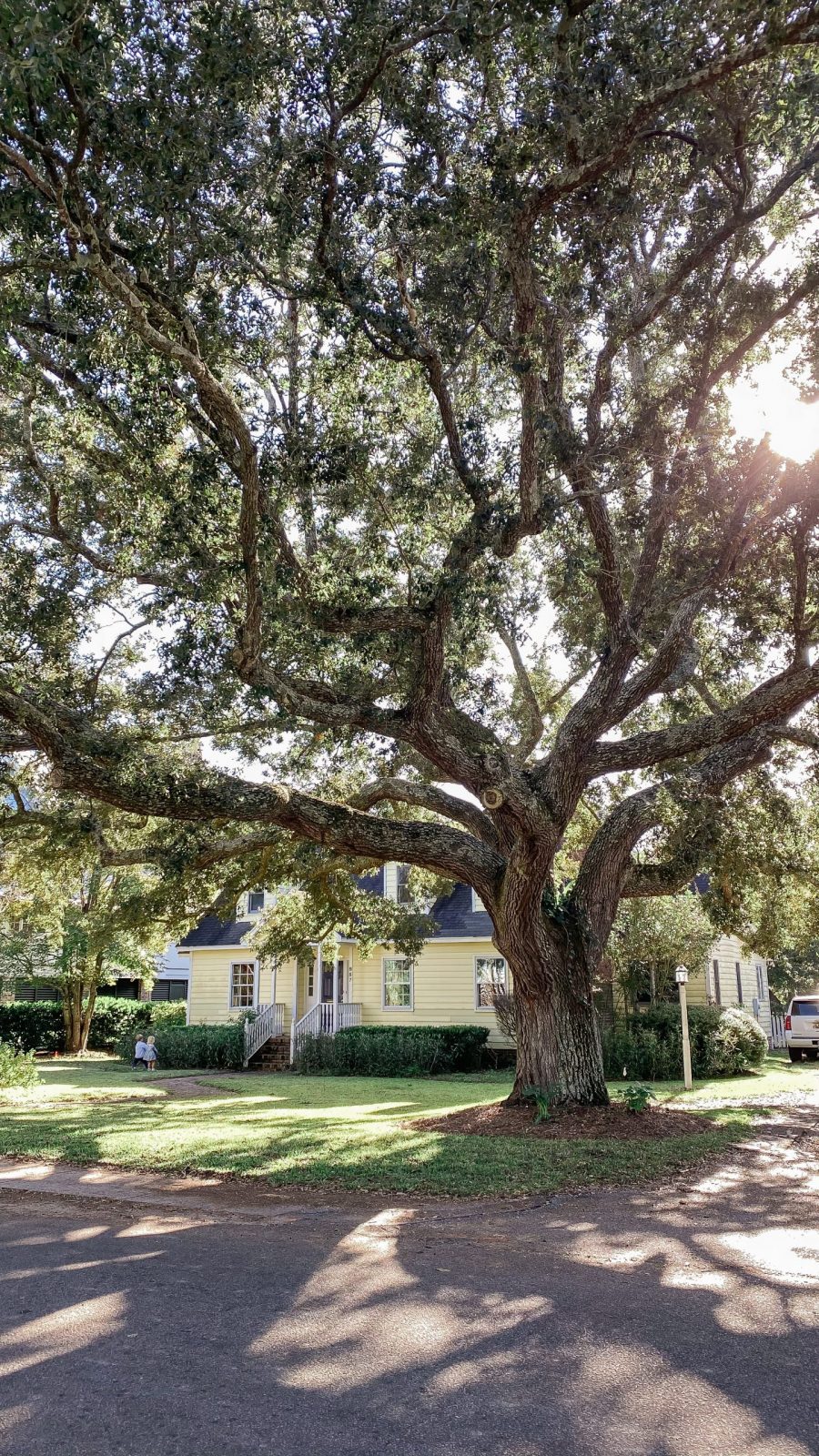 Some of you might recall that back in October, I did a walk-through on IG stories showing off the interior of the house. I was trying to explain what the home would look like once renovations were complete. First of all, the house would be raised and the foundation rebuilt to be compliant with the flood zone regulations we have in the area, as the land and current home sits far below base flood level. (Not to mention, the Charleston Harbor is about 300ft away from our yard, so you can imagine how a big Charleston flood could really barrel through the house. That’s why lifting the house was super important.) A feat like this, which sounds overwhelming to me alone, was just scratching the surface of the plans I shared with you all in these stories—plans we’ve been working with our architect on since June. Basically no interior wall would remain in the same spot, with most all the rooms changing location within the structure. Not just that, but a back portion of the house would have to crack off when the rest of the house is raised because that specific section is an enclosed porch, built on a slab rather than a crawl space along with the rest of the home. New siding, new roof, new structural footprint in areas… I mean the list just goes on.

This is just a little sliver of the long explanations as to why we are tearing the house down.

This is an option I thought was absolutely crazy when we first purchased the home. I mean, I actually got slightly offended when people on IG wrote me and said “Um, why would you not just tear the house down instead of doing all of this?” I took the insult to the house personally! Ha! But truly, the house is perfectly cute, just in need of TLC, and could be adorable with pretty basic renovations. The interior isn’t fantastic by any stretch, but certainly better than the little 1940s home we used to own was when we bought it.

Here’s the thing—the land is what is valuable to us in this case, so we knew that if we were creating what could potentially be a 5, 10, or heck, even a forever home, we would want the renovations to be as extensive as I listed out above in order for us to want to be in the house for a long time. But what I didn’t expect was the renovation costs to be equal to, or in some cases more than, tearing the home down and rebuilding a new one! You know, a new house with new everything. Warranties. Tall ceilings. No mold. No existing termite damage on the piers to repair. No old pipes to replace. Just newness. I mean, that’s hard to turn down when put in this situation. 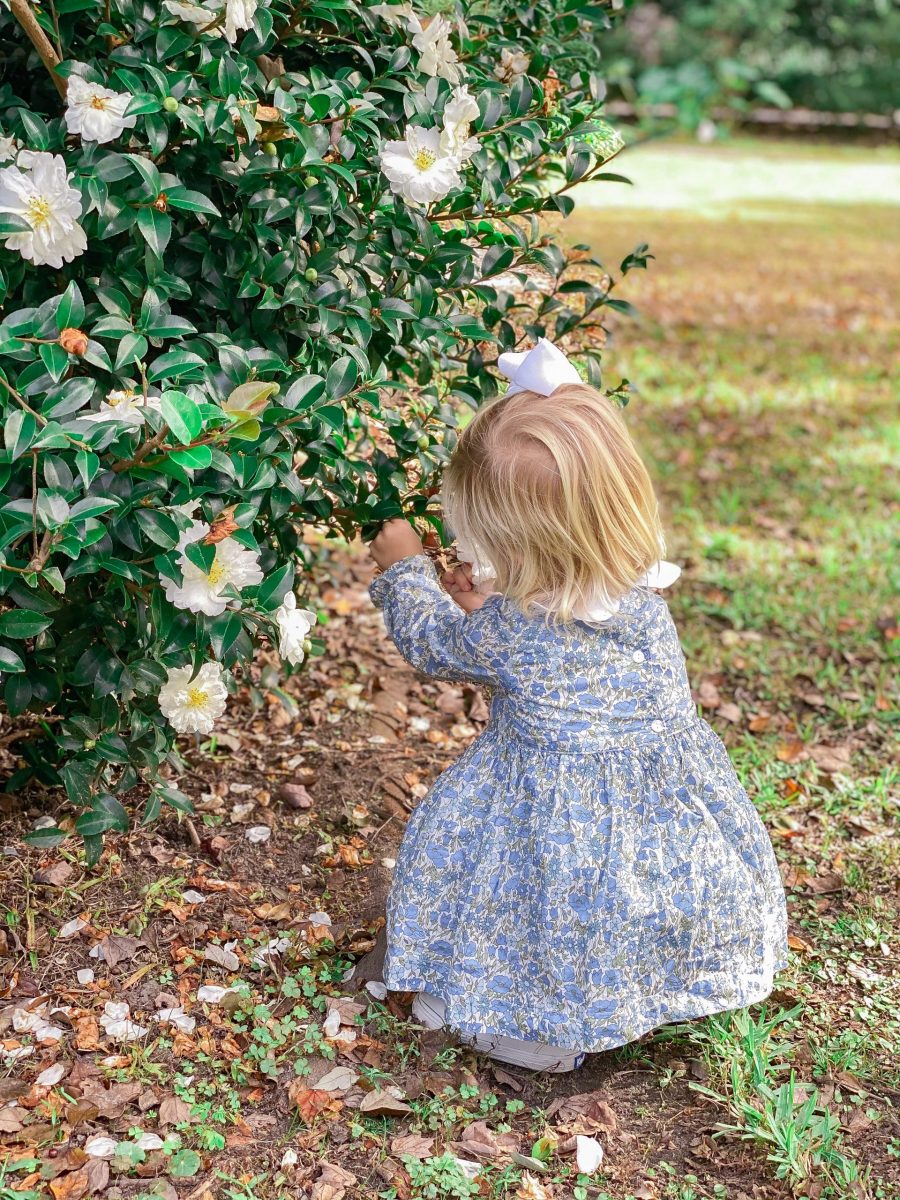 Does it make me sad to to tear down this home?

It’s bittersweet. I need to start off by saying that while our home is in a historical area, it has no historical value. It was built in the 70s and had already been approved by our Historical Review Board, which is quite stringent about preserving the past, to be torn down way back before we even bought it. However, we were going to save it! Right? I mean, that was part of the allure for me, honestly. Holding onto history—because even though the 70s might not technically be considered historical now, it will be one day before we know it.

However, the more I walk into that home, the more I think, “Wow. Thank goodness we aren’t going to have to deal with this issue or that.” In fact, we had a wonderful team who focuses on architectural preservation come into the house and even they recommended to tear it down based on the plans we have for it. They said it would be a quicker, less expensive, less stressful project to start fresh. And that kind of did it for me, to be honest. Another big reason I’m happy about this decision? If given a choice, I’d rather not deal with a year of anxiety-ridden surprises that would accompany such a renovation. I know building a home from scratch does not come without its own snafus, but it will be a thousand times more straight forward than the mystery that lies within the existing home that sits on that property… mysteries that would soon be uncovered as walls come down and floors come up. And I’m sure mold, termites, and decay are some of them!

I tried to donate the house totally. And then I attempted a “you move it, you can have it” type of thing. But it would be nearly impossible to move this house with the way it is situated in our neighborhood. So we are actually going to be donating the important bits and pieces of the structure—things that can be reused and repurposed, like windows, flooring, cabinetry, trim, fixtures, etc—to charity.

I know it has been quite a while since you’ve all been updated and it probably seems like nothing has been happening, but I can assure you we have been so busy getting the plans done for this house. We were so far into the design of the renovated house, which honestly was a pretty significant investment that we didn’t want to toss, so the home we are building is going to look exactly like what the renovated home was to resemble upon completion! However, we were able to raise the ceiling height, roof height, and step out of the original foundation footprint a little bit more, which definitely gave our architects some freedom to really make the house look striking. 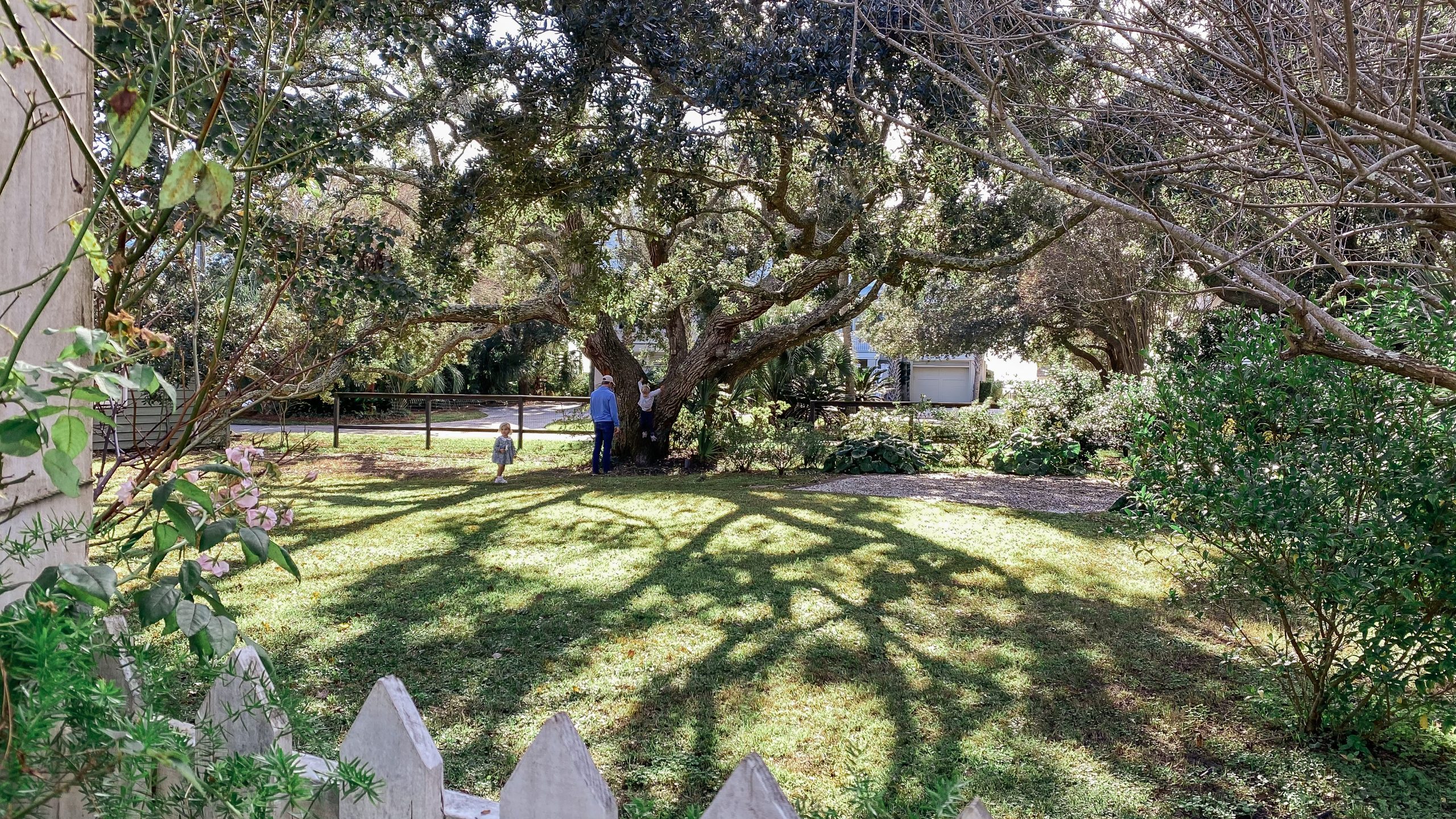 When will the new house be built?

We are hoping it will start in February. Whether we were building new or renovating, this would be the timeline. Again, something I would have never guessed when we first bought the house in early summer! I thought we would be living in the house by late spring 2021. (Jokes on me.) There is no HOA where we are going to be living, but I mentioned there is a historical review board that is quite a tedious process—of course coupled with bidding out the job, hundreds of architectural design hours (literally hundreds. I wish terribly that I was joking—trust me), surveys, drainage studies, elevation specs, upcoming approval meetings and permitting, and so forth. In a nutshell, if we can begin in February, then we will be doing great! It all depends on if we get approval and if our permits are obtained pretty quickly.

When will you be moving out of your current home?

The beginning of January! I can’t believe it. I love our current home so much. Well, specifically, I love the feeling it gives me. It’s like a big hug. It’s so comfortable for us and fits our needs almost to a T. I have finally started to get emotional about leaving and as silly as it sounds even as I type this, I get teary eyed the moment I start thinking about moving away from our neighborhood, the friends we’ve made, and the house that, for us, truly exemplifies what home means. But the new neighborhood will better serve us as far as proximity goes to everything we need. I spend a lot of time every day in the car, as we are on the outskirts of town and our daily schedules are only getting busier and busier with things in town! We also will have some fantastic options for schools in the new area. All in all, it will be a great move, but leaving the home we’ve created will be tough. 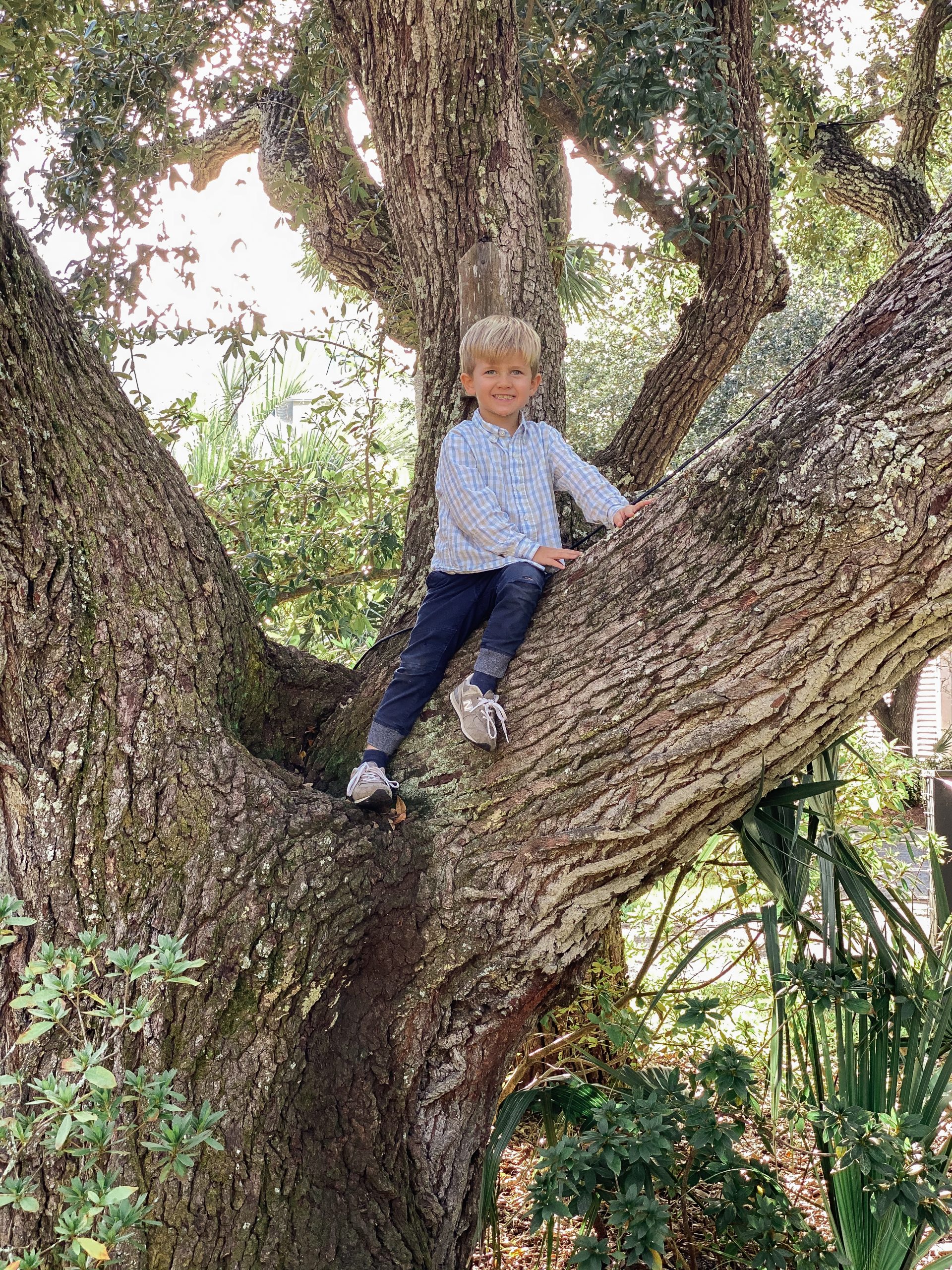 Where will you be going in January?

That’s a secret for now. But it’s pretty exciting! I’ll share soon, but not now because even though everything is pretty buttoned up, it still seems like it couldn’t ever possibly happen. This “news” is only for January, though. We will be somewhere else in February at our year long rental… just haven’t found it yet!